But like any “good” statistics, the devil’s in the detail, so please do read on…

Before we get started, a big “thank you!” to Andrew Shelley of the World Squash Library for sharing the data that made this analysis possible. This is the link to his excellent Facebook page: www.facebook.com/SquashLibrary.

The data in question is a copy of the International Squash Rackets Federation’s (ISF) 1987 report on the number of Courts and Clubs, reported by its member nations, which is reproduced at the foot of this article.

We’ve compared the numbers in the 1987 report with the latest per-country squash data contained in our Squash Players App (SPA), free for Android and iOS.

The SPA contains the largest and most accurate database of squash venues and courts on the planet, largely thanks to crowdsourcing, i.e. thanks to forward-thinking squash associations, and community-minded squashies, constantly improving the data via the app on their smartphones.

Here’s a link to the latest near-live data on squash venues & courts by country: squash.players.app/reports-and-charts/#squash-venues-courts-by-country-dependency

Click here to view the detailed analysis in the form of a Google Sheet titled “Change in Squash Venues/Clubs & Courts between 1987 and 2022“.

Here are the disclaimers and caveats:

At the Squash Player App, we believe that what you can (better) measure, you can (better) manage. To help towards this goal, get yourself a copy of the Squash Players App from the Android and iOS app stores. Find your local squash venues (it’s the first thing the app does!), and see if you can improve (add, update, delete) the data, particularly the number of courts. Better still, add a squash venue – anywhere in the world – that we don’t yet know about. We’ll plant a real tree when you do. THANK YOU. 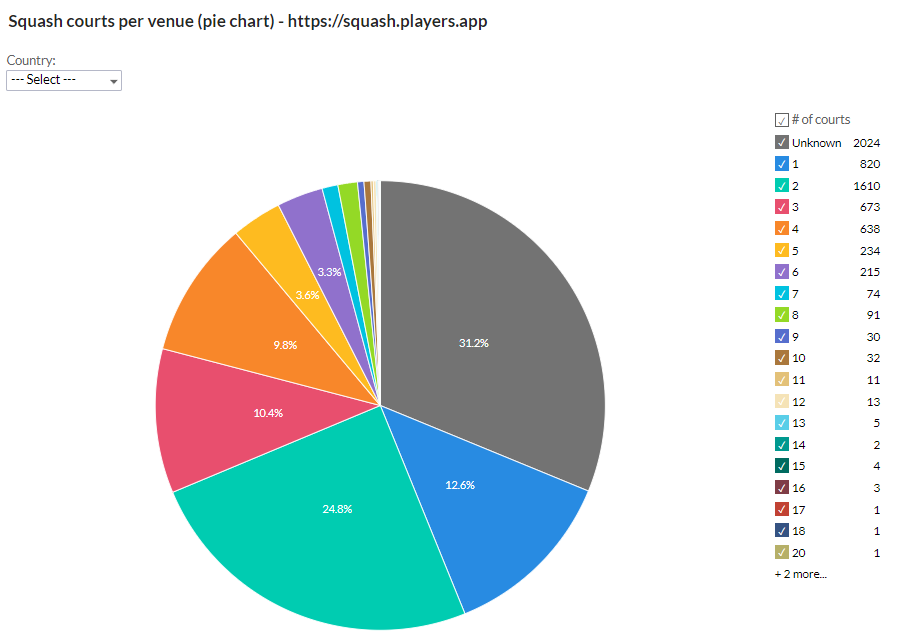 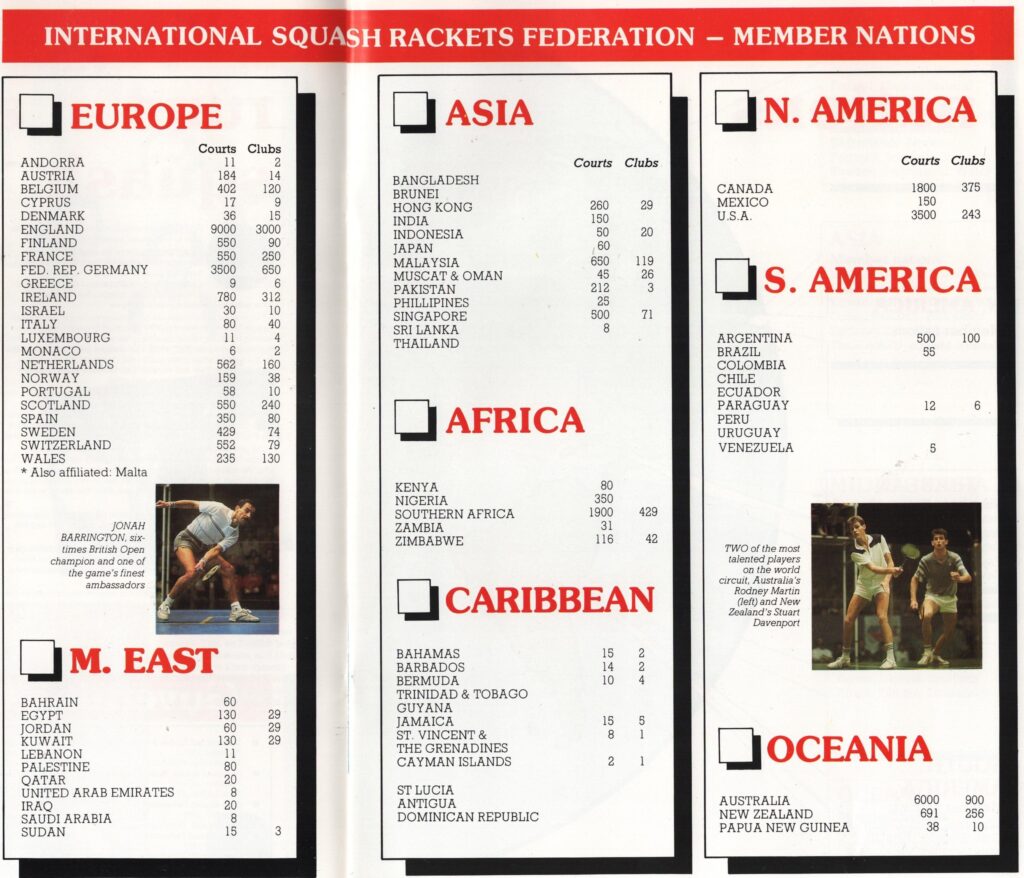